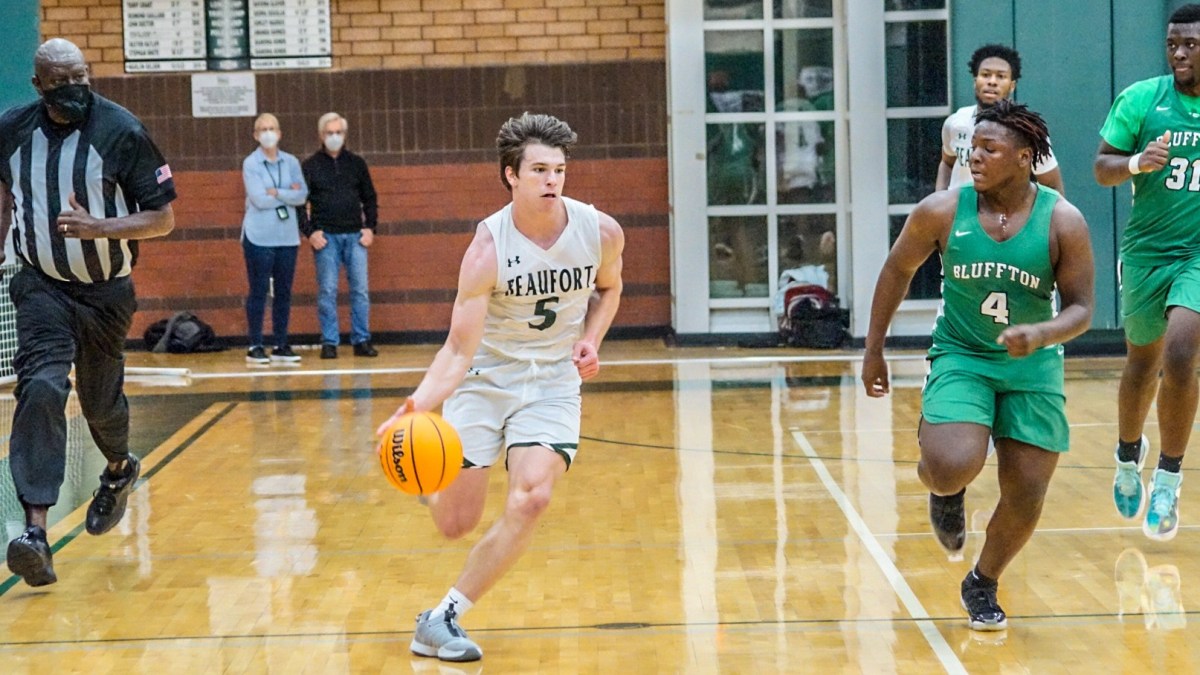 Beaufort High Eagles hosted the Bobcats of Bluffton in the first round of the Region 7 AAAA basketball tournament on Friday and turned in a complete team game, defeating Bluffton 66-47. Daniel Phares led the way for the Eagles with 20 points, 9 rebounds and 5 steals. Zyrin Odom added a double-double with 11 points and 10 rebounds while Michael Dennison had 12 points and 6 rebounds. James Dennison had 10 points and 8 rebounds as Beaufort had 4 players scoring in double figures for the night. In all, 11 players scored in a great team effort as our defense came up with 14 steals. Next up is the region semi-finals as we travel to James Island on Monday 2/15 at either 6:00 or 7:00. We are now 8-4 overall for the season.